I designed and painted t-shirts as gifts for some family and friends. Each shirt's design reflected something I knew the recipient would appreciate.

This one's the masterpiece. My dad appreciates The Muppets—I remember him singing along with Fozzie Bear and Kermit when I was a kid. The song Moving' Right Along was one of his favorites. And so, I present the shirt that, at first, he didn't realize was hand-painted! 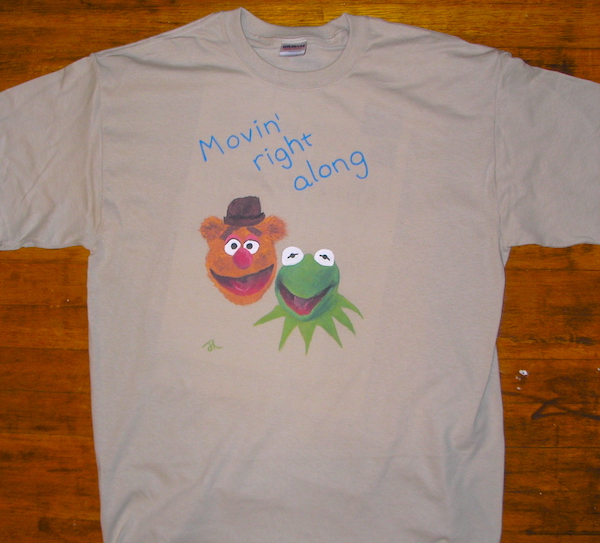 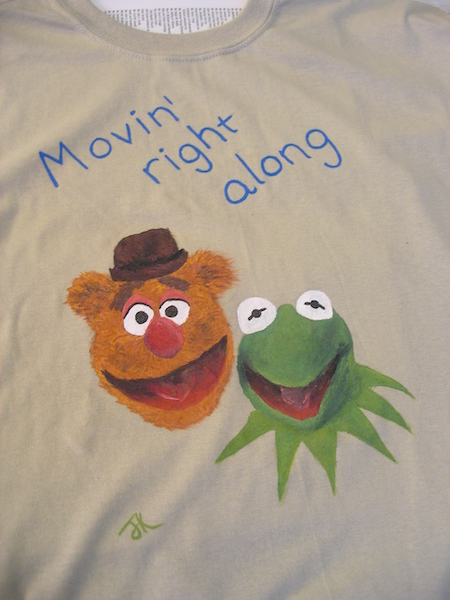 For my sister, who had studied languages and enjoyed being a grammar nerd, I made a purple shirt proclaiming "I love grammar." Simple, effective. 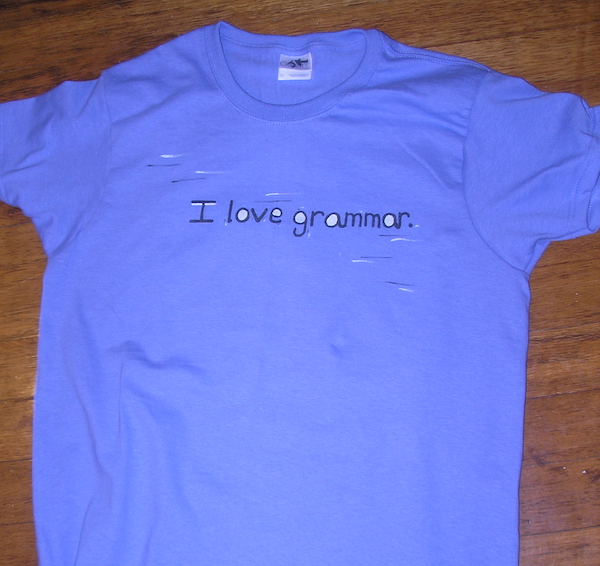 I've got soul but I'm not a dualist 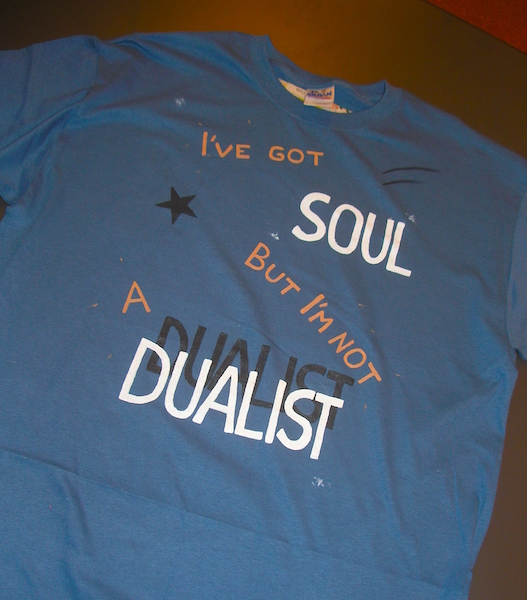 The airlock is ajar

After I played Mass Effect for the first time, I made this one for myself featuring the character EDI with one of the funnier lines she says in the game. 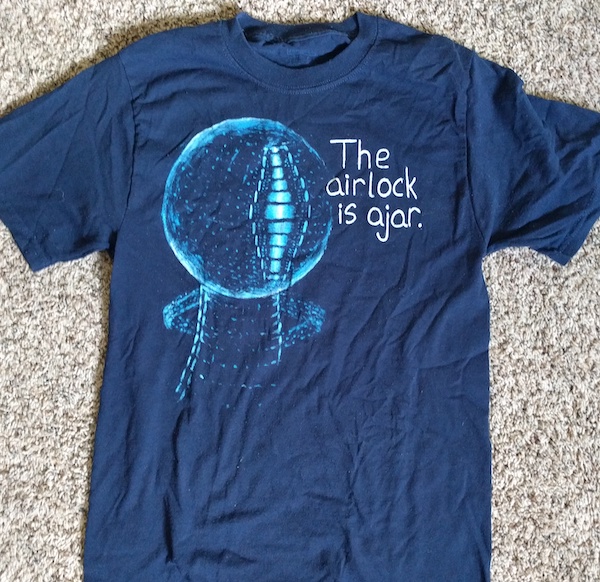 That's outside the scope of my project

Engineers frequently have to enforce constraints on the number of features that other people try to add to their projects. The phrase featured on this shirt was no stranger to my husband, Randy, who used it quite a lot... That's outside the scope of my project. 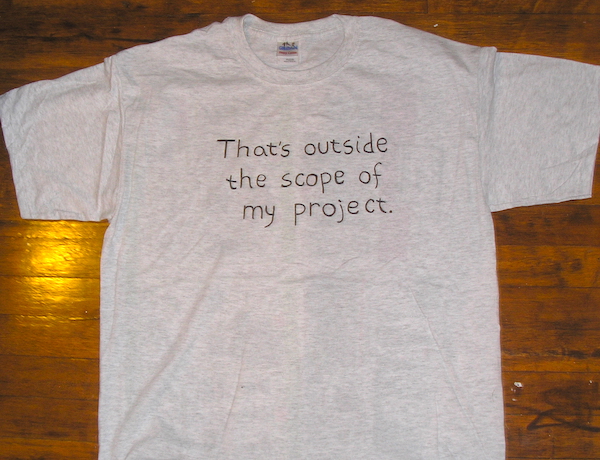