Glorbs. Glowing orbs. Interactive balls that help you visualize and explore the dynamics of motion&mashacceleration, velocity, rotation. Colored lights embedded in the balls give immediate visual feedback about how the balls are moving. Throw one up in the air, and watch the colors change from blue (high acceleration) to purple to red (little acceleration) and back to blue on impact as you catch it. Learn about physics!

The idea for glorbs evolved from a project I did in the Media Lab's Tangible Interfaces class the previous semester. My group came up with an idea for a wearable interface to motivate and guide collaborative, synchronous motion—i.e., pairs of wristbands containing LEDs that would change color and intensity as you move synchronously with other people wearing similar wristbands. We made a stop motion video showing off the concept, and a prototype wristband that lit up.

Why not make that class project come to life for The Other Festival? Randy, my husband, thought it'd be fun to do an electronics project, so away we went. Several brainstorming sessions later, the concept had evolved into something doable in the span of one semester—you know, not requiring a bunch of sensors and complex algorithms for measuring synchronous movement between humans...

We prototyped on a breadboard. Wires, xbees, microcontrollers, LEDs... We used a triple-axis inertial measurement unit (IMU) to measure acceleration and rotation, which was streamed to an AVR microprocessor. There, it calculated average values and set the LED colors and brightness levels appropriately.

A wireless transmitter (xbee radios!) let us stream the data to a computer, so we could show a real-time graph. 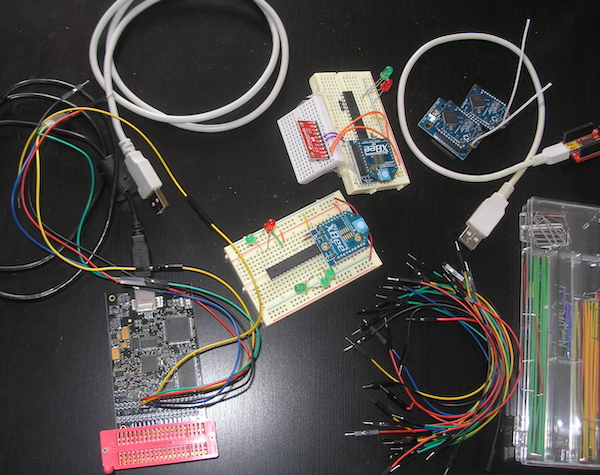 Once we had settled on a design, Randy laid out a PCB. We ordered parts. We used the Media Lab's shop to machine the boards. We soldered. 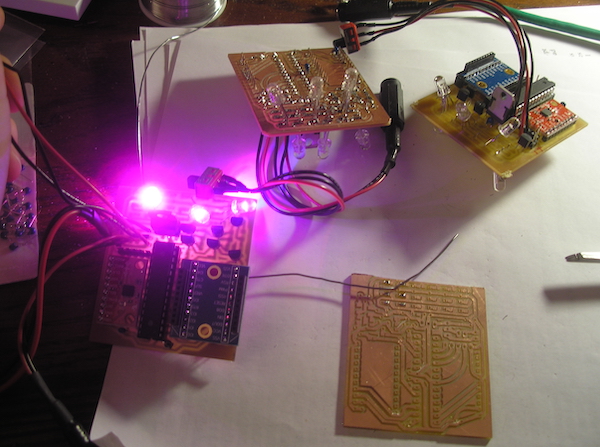 We cut plastic whiffle balls in half, stuffed them with the electronics, a battery pack, and some bubble wrap, and tied them up with thin nylon rope. Bam! Glorb. 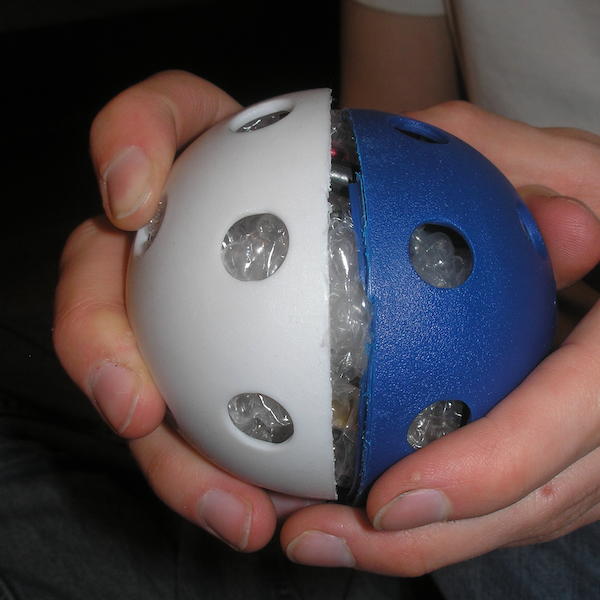 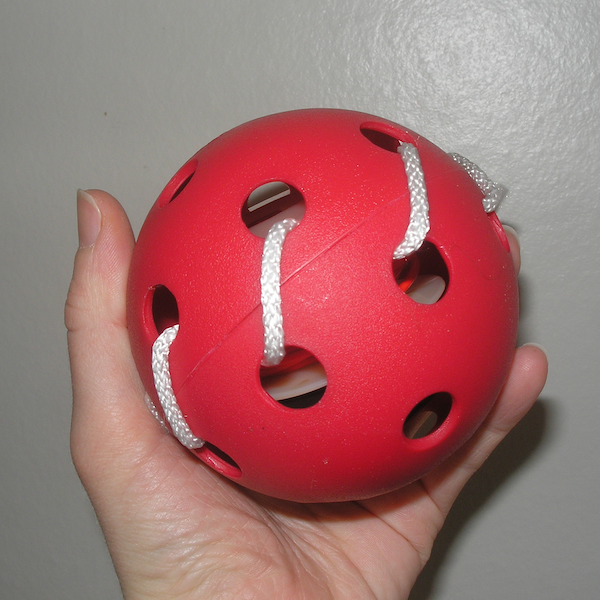 Besides the glorb that changed colors from red to purple to blue to reflect its acceleration, we also made a glorb that got brighter under high rotation, and dimmer under low rotation. 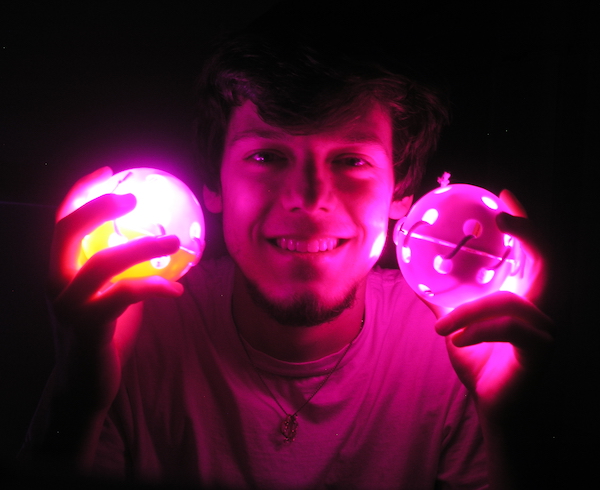 We set four glorbs on a table in a dark room. We wanted to see what people did with them— play? explore physics?—so we did not provide any instructions or guidance, just four glowy balls.

People came in. While we didn't hear anyone explicitly discussing physics, people did pick up the balls, tossed and caught them, played around, and generally found them entertaining. Which was the goal! 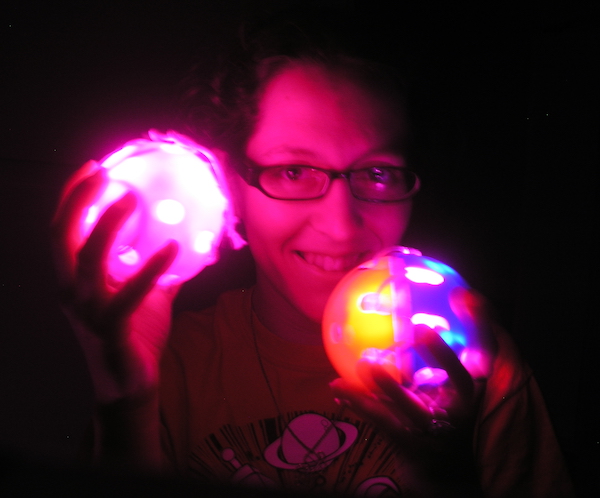 I made a video showing the development of the glorbs, featuring yours truly juggling three of them. Watch it here!

Thanks to Jonathan Speiser, Adina Roth, and the 2013 MAS.826 class for their support on earlier versions of this project!