What is Perceptual Control Theory? 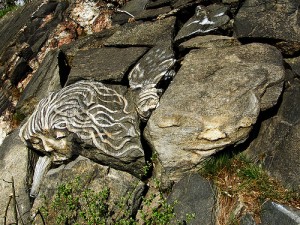 Are you familiar with perceptual control theory? If you aren't, the basic idea is this: People are not rocks. As Philip Runkel puts it,

"Living creatures behave very differently from lifeless things. Unlike a rock, a human does not just sit until something bumps it."

The idea is, organisms and agents and people get a bunch of different sensory inputs. They have some internal standards for what they want that set of sensory inputs to be like -- some desired state of the world. The difference between how they want the world to be and what the world is actually like drives what they do -- what we see as behavior. The reason this is appealing to me? Perceptual control theory (PCT) says we're not just input-output machines. Behavior is goal-directed and purposeful. It's a useful theory if you want to figure out why people are doing what they do and how to avoid or mediate conflict. Everyone has internal standards that they're trying to control. As Runkel says,

"[M]ost of us very often act as if we expect other people to behave like rocks. And when we act toward other people as if they were rocks or blankets or typewriters or teacups, we make unending trouble for ourselves. It is true that people do have some features in common with rocks and typewriters. There are, however, important differences between living and nonliving things that most of us overlook time and time again, and to our sorrow." -- Philip Runkel, "People as Living Things; The Psychology of Perceptual Control," pg 14

If you want to learn more, I've found you a nice list of articles, an informative Less Wrong post a friend linked me to, a comprehensive website, and Google. And yes, talking about PCT really just was my excuse to share those lovely quotes from Runkel.