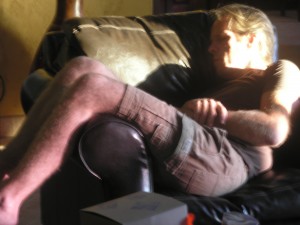 Are we out of context?

In the book Evolutionary Medicine and Health: New Perspectives (2008), edited by Wenda Trevathan, E.O. Smith, and James KcKenna, there's a chapter by Carol Worthman titled After Dark: The Evolutionary Ecology of Human Sleep.

Worthman takes a look at how well people's current sleep patterns match up with our ecological and evolutionary history -- the context in which human sleep evolved. Any species with a long history is affected by the long-term development of the species over time in particular environments. When the environment changes dramatically in a relatively short period of time, there's a lag as the species' development catches up, so to speak, adapting to the change in environment. For a while, there's a mismatch between the species' current state and its current context.

The motivating question of Worthman's chapter is are we out of context?

No one actually knows exactly why organisms sleep. Researchers have shown it's essential; they've determined that sleep disruption and deprivation often has negative effects; they've mapped out stages of sleep as characterized by patterns of physiological, behavioral, and cognitive activities. Sleep habits are fairly plastic. We have the capacity to have "sleep debts" and make that up later -- but if sleep is so important, asks Worthman, why is that possible? What kinds of situations provoke sleep restriction? What roles do stress and stress physiology play in disrupted sleep? And, most importantly, how have our sleep habits and the conditions under which we sleep changed in modern times from the context in which we evolved?

Factors that Worthman addresses include:

How and when a person sleeps is regulated by demands for wakefulness from the circadian system, and demands for rest and slumber. Worthman talks about the evolutionary roots and elements of human sleep ecology. She discusses how sleep settings have tended to be social across societies, even before longhouses and one-room log cabins. We didn't evolve in an environment where we put oursleves in a room to "lie down and die" for the night. Rather, humans tended to live in groups and sleep in groups, with all manner of activity occurring throughout the night -- were fires, noise, other people, conversations, nighttime pests, and more. These were, ecologically speaking, signs of safety and security -- signs that it was okay to sleep and let our own vigilance mechanisms relax. 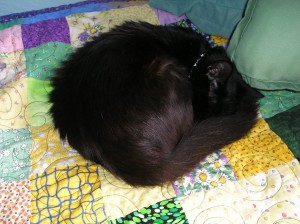 Now think about insomnia for a moment. In some instances, difficulties getting sleep in our current society may be related to how and where we now sleep. If we close ourselves off from noise, fire, other people (essentially, take ourselves out of an environment in which some of the vigilance is taken care of for us), our vigilance mechanisms go off, so to speak, and attention is focused on the kinds of things about which we should be vigilant.

In these kinds of group settings and active-nightlife contexts, was sleep interrupted? Sure. But rather than just losing sleep, people stayed awake for good reasons -- useful activities, time and energy demands, threats to physical survival, and social challenges. People have adapted to defer sleep to these kinds of activities. An interesting point -- one can recover from lost sleep in far less time than the original deficit. An example Worthman gives is that ten days sleep deprivation can be recovered in one or three eight-hour nights.

A question Worthman asks is just how atypical our sleep patterns are, and whether these patterns are giving us problems we wouldn't otherwise have.

How much do you sleep?

The biggest thing I got out of her article was this: Bedtimes are fluid. In the US, we seem to have the idea that to sleep properly, we have to be dead to the world for a solid chuck of eight hours. But sleep's more fluid than that, and sleep isn't just the time during which you're dead to the world. We probably underestimate the time that we actually spend sleeping, and we probably make a bigger deal than is actually necessary about getting the recommended eight hours.

Take a look at other cultures -- in some, people sleep for five or six hours and night, and maybe have a two-hour nap in the afternoon. Sleep doesn't have to just be in one chunk. Punctuated sleep is fine. Napping is fine. Some college students seem to have figured this one out already.

Essentially, Worthman argues, we should worry about our sleep a little bit less.

Worthman's chapter is definitely worth a read. Pun intended.