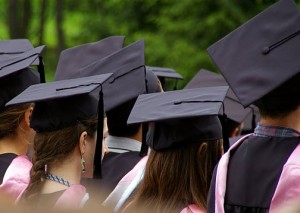 A few days ago, I graduated from Vassar College with a Bachelor of Arts in Cognitive Science and a correlate in Computer Science. I was decorated with general honors, departmental honors, membership to Psi Chi, and membership to Sigma Xi. My time there was awesome.

Well, no lazy summer break for me! I've already spent three days in my summer lab at NASA Goddard Space Flight Center, where I'll be working on a number of software development projects. The primary one is a LIDAR-assisted robotic group exploration project, in which we're going to have a small fleet of robots -- a mothership and some workerbots -- use 3D LIDAR data to autonomously map and plot paths through an area. This kind of robot fleet could, eventually, be used to explore other planets. One of the big challenges will be dealing with the 3D image data. I'm looking forward to learning more image processing algorithms!

Another project is the redesign of the Greenland Robotic Vehicle, a big autonomous rover that'll drive across Greenland, collecting a data about snowfall, mapping, and exploring. Did you know there's ice on that country two miles thick? I may also get to play with a robot that has stereo vision.

You can see some of these robots (and what life in the lab may be like) in this great video about last year's interns.

So far, I've met a bunch of intelligent, friendly folks, started catching up on already-written code, and begun to delve into the platforms, libraries, and algorithms we'll be using and developing this summer. Our mentors have already proven themselves to be enthusiastic and helpful. Just yesterday, one of them told us,

"You're engineers at NASA. You want to go where things are, and then go beyond."

That may end up being our theme for the summer. 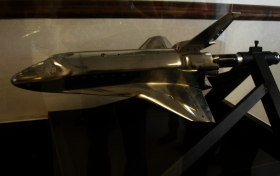 There's going to be so much going on. It'd be easy to get overwhelmed -- especially now, jumping in and floundering around in the code, the projects, the people. So much to learn.

But as I sat in the lab today, reading about ROS, going through tutorials, reading about PCL and feature detection in point clouds, digging through last summer's confusing pile of C# and C++ programs, I realized I wasn't overwhelmed. And it was because of all the other experiences I've had that've gotten me to this point.

Confidence. My first URSI summer, flailing through Microsoft Robotics Studio and complicated conceptual theories. Figuring out how to deal with webcams and image data my second URSI summer, reading papers on optical flow and implementing algorithms. Last summer: excavations of an open source flight simulator, the Aeronautics Student Forum, dealing with different work styles and communication styles in my LARSS lab. And more.

I think about all those experiences, and I'm not afraid of this summer. I could almost be overwhelmed -- perhaps thinking that everyone else has more of the right kind of experience; I wasn't trained as a classic engineer -- but I know I can succeed. My non-engineering, cognitive science background sets me apart and lets me look at problems a little differently than everyone else. I'm an asset.

I can conquer this summer.