Wow, you're at MIT! You must be a genius! 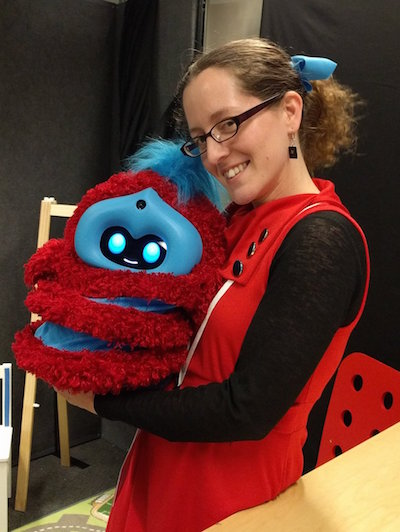 Um. Not sure how to answer that. Look down at my shoes. Nervous laugh.

The random passerby who saw my MIT shirt and just had to comment on my presumed brilliance seems satisfied with my response. Perhaps the "awkward genius" trope played in my favor?

See, I'm no genius. And I'll let you in on a little secret: Most of us at MIT aren't inherent geniuses, gliding by on the strength of a vast, extraordinary intellect.

We're not born super smart. Instead, we do things the old-fashioned way: with copious amounts of caffeine, liberally applied elbow grease, and emphatic grunts of effort that would make a Cro-Magnon proud.

The reality on campus is not exactly the effortless, glamorous image the media likes to paint. You know, headlines like:

The reality is more like the Land of the Confused, the Obstinate, and the "Let's try it again and see if maybe it works this time so we can get at least one significant result for a paper!"

Yes, I'm exaggerating a little. I have, after all, met a ton of amazing, brilliant people here -- but they're amazing and brilliant because of their effort, curiosity, tenacity, and enthusiasm. Not their inherent genius. None of them are little cartoon figures with cartoon lightbulbs flashing around them like strobe lights as they are struck with amazing idea after amazing idea.

They're people like my labmate, who routinely shows up late to group meetings because he accidentally stays up all night trying to implement some cool machine learning algorithm he found in an obscure-but-possibly-relevant paper (eventually, I'm sure, the effort will pay off!).

They're people like my professors, who set aside entire days each week just for meeting with their students, to hash out ideas and go over paper drafts.

They're people like me, who spend 260% more effort than strictly necessary on making a child-robot interaction flow right, even though the study would probably be fine with subpar dialogue (for the curious: I work on fluffy robots that help kids learn stuff).

The reality is long hours in the library—reading papers, trying to understand what other people have already done and how it relates to my research—and long hours in the lab—trying to put that understanding to use (often learning in the process that I didn't really understand something after all and should probably do more reading).

I think MIT's reputation as being full of inherent geniuses gives many of us the short stick and fails to recognize the sheer amount of hard work and failure that goes into nearly every discovery and invention that's made. Sure, sometimes people get lucky.

There are certainly a few things that someone got right the first time, but let's be honest. The last time my Python code ran on the first try, I went looking for bugs anyway because that never happens (and I was right; hours later, there were still bugs aplenty). Likewise, the last time I got a really interesting experimental result, it was after months of thinking and re-planning, months of programming and testing on the robot, and months of wrangling participants in the lab. All the amazing insights that show up in the final paper draft only come after a lot of analysis, realizing the analysis missed something, rewriting all the R code to do the analysis right, and re-analyzing.

Think of it this way, if a PhD student has signed on to work in a lab for the next indefinite-but-hopefully-only-five-or-maybe-seven years (with a small stipend if they're lucky) and have no idea what magical, impactful dissertation topic will be their ticket out, they're probably already one of those people who likes a challenge. Maybe perseverance is their middle name.

And that's what I think being at MIT is actually about: Learning to fail, struggling to succeed, and knowing the value in the struggle.

Of the real "geniuses" I know, they're people who just want to know what's going on and are okay with doing a lot of hard work to find out.

They're people who keep asking "and then what? and then what?" after they learn something, and spend months or years chasing down answers. For example: "So I find that 5-year-olds mirror the robot's phrases when playing storytelling games with it, and learn more when they do—Why? What does this say about rapport and peer learning? What modulates this effect? What are the implications for educational technology more generally?"

They're people who dive wholeheartedly into each rabbit hole to see how far it goes and what useful tidbits of scientific knowledge can be gleaned along the way.

They're people who keep probing. Sometimes, that leads to dramatic headlines. More often, it doesn't.