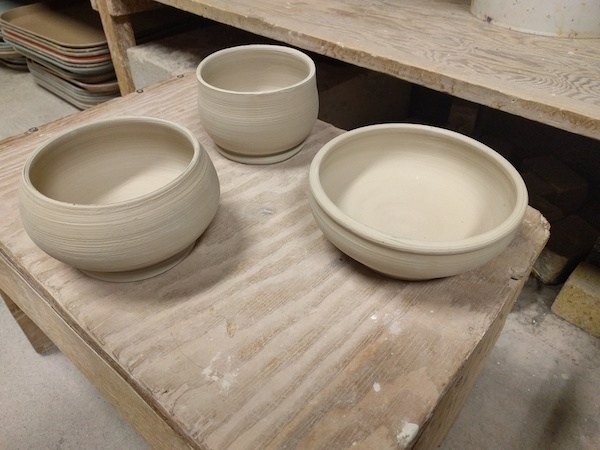 Because I was having so much fun in the fall making bowls, I signed up for more classes during the January Independent Activities Period (IAP) and the Spring semester. And I made more bowls.

(I should acknowledge that we were taught how to make a variety of different forms, including mugs, vases, and little jars with lids... but I have a fondness for bowls. They're the most useful.)

My goal during the first couple classes was to get better at centering my clay on the wheel. It's a critical step. If the clay isn't centered, you will get something very lopsided and uneven as a result. It can take a lot of practice to get the feel for it. Here are my bowls from January: 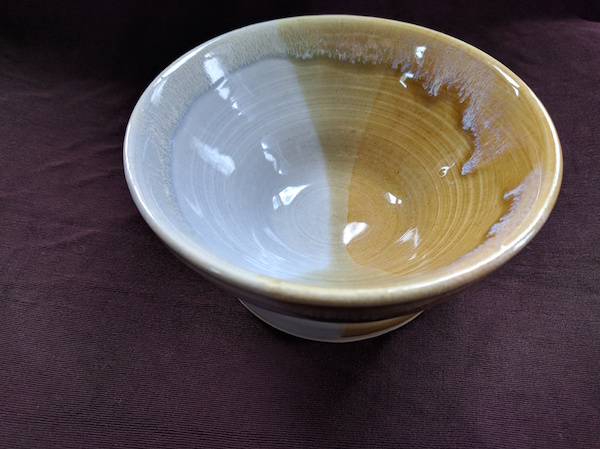 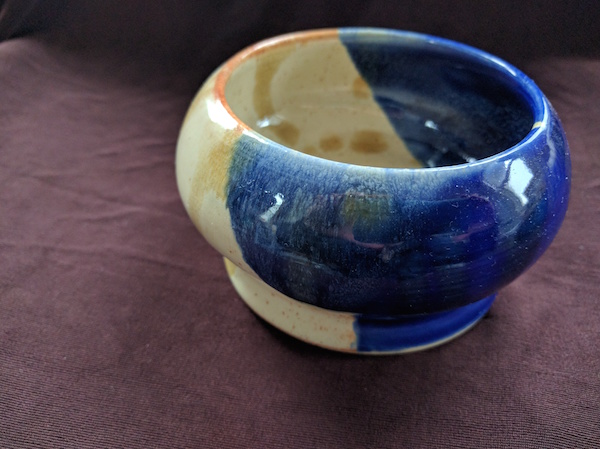 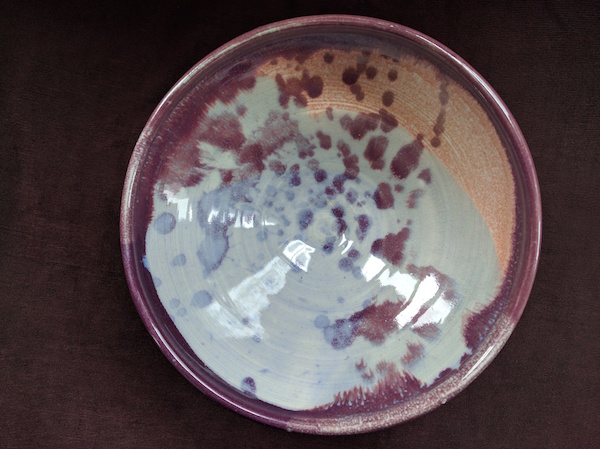 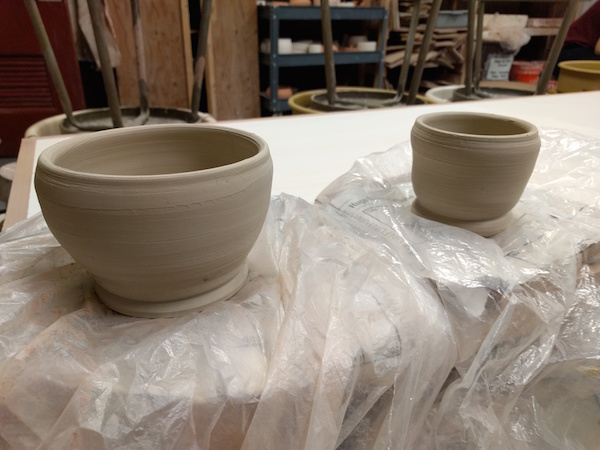 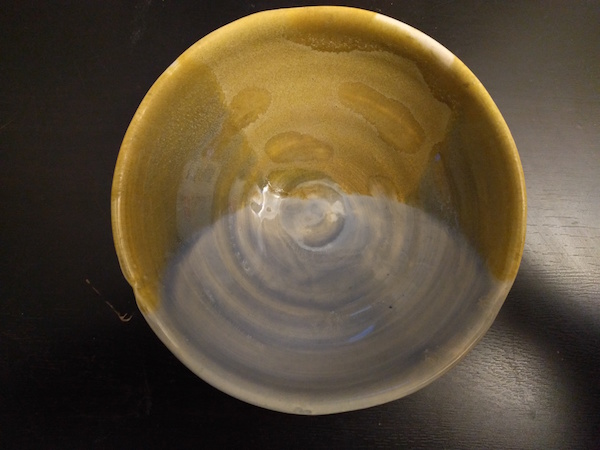 During one of the later classes in the spring, we did timed trials, an exercise aimed to help you get faster at this once you've gotten the basics down. We were given a set number of minutes or seconds to perform each step in making a form -- like centering the clay, making an opening, forming the walls, and so on. We were also required to make a certain shape, such as a form that was taller than it was wide, or with an opening smaller than the width of its base. These are the bowls I made during these trials: 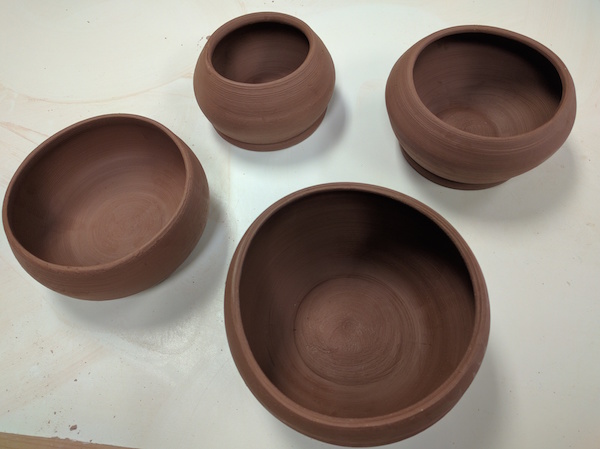 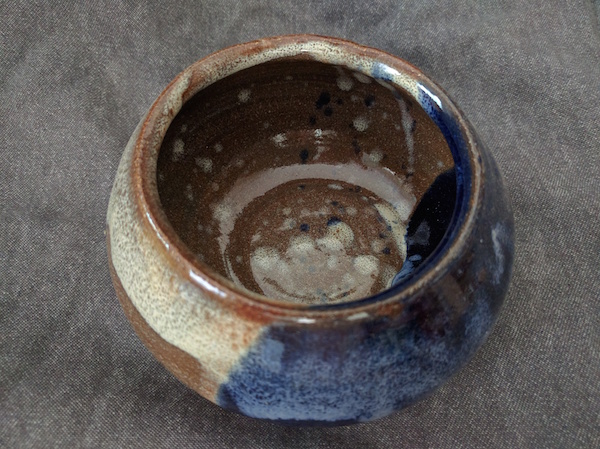 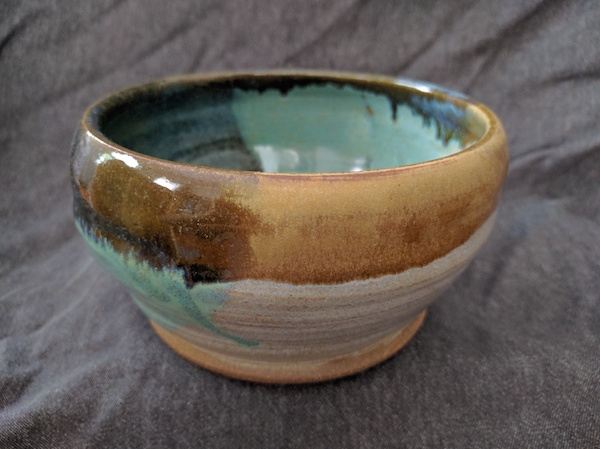 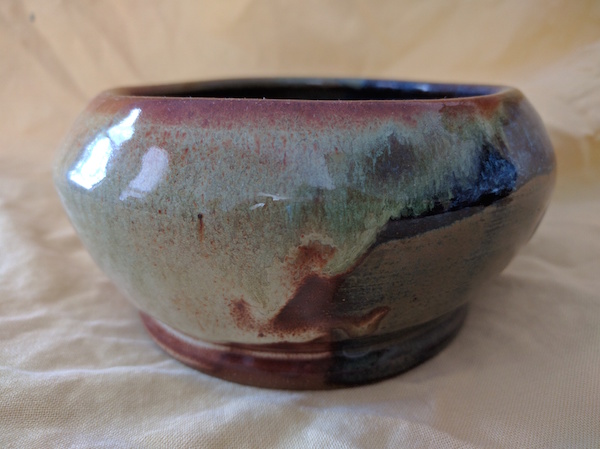 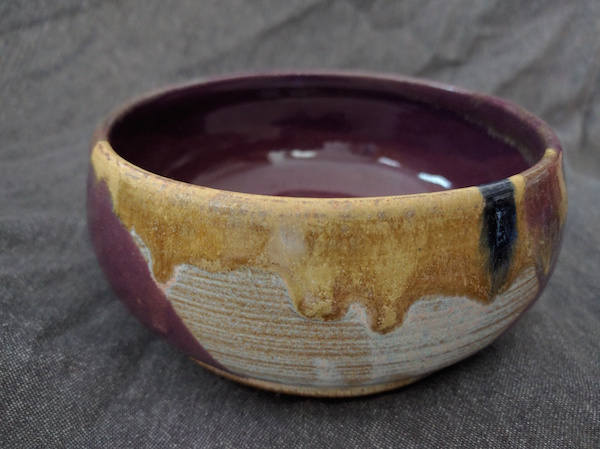 Another thing I was working on was making the walls of the forms a uniform thickness. Because you draw the clay up to make the form taller, it was pretty easy to end up with thicker clay near the base (where you didn't draw enough of it up) and thinner clay around the rim. This meant I had to do a lot of trimming later to fix the bases. 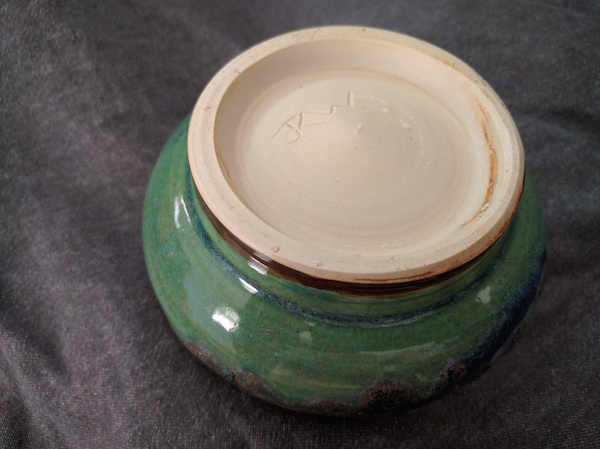 I also wanted to experiment with the various glazes available. What interesting combinations could I come up with? This was an interesting challenge, since before firing, glazes generally look nothing like their final forms... as you can see in these before and after images: 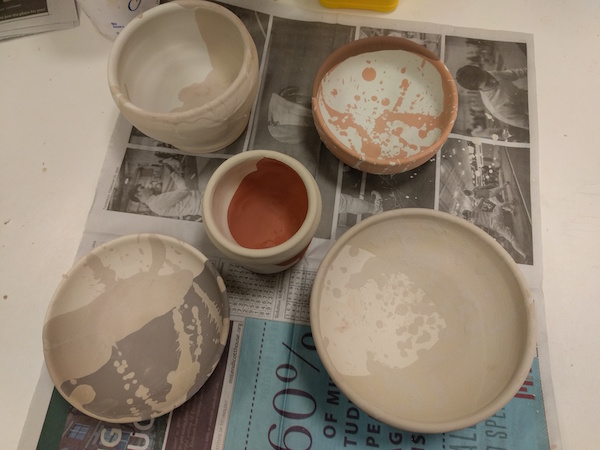 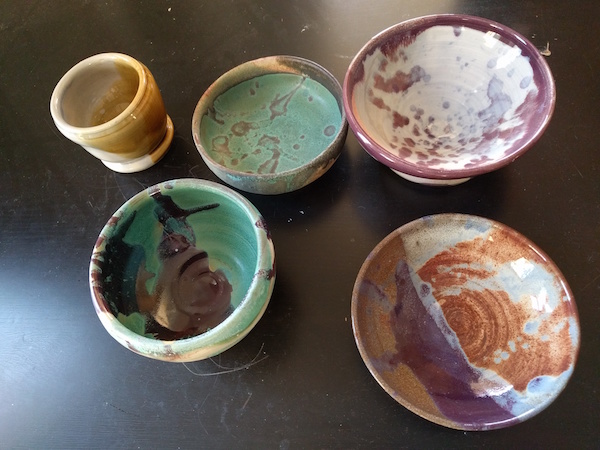 I really liked the glaze effects on the brown and purple one in the bottom right, so I tried to duplicate it in another bowl later: 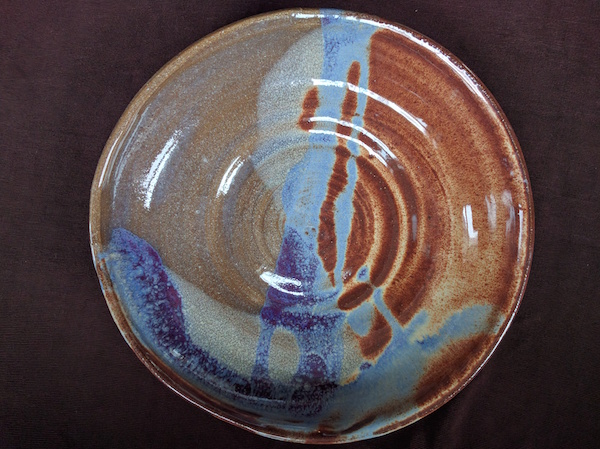 Here's another sequence of bowls, from start to finish: 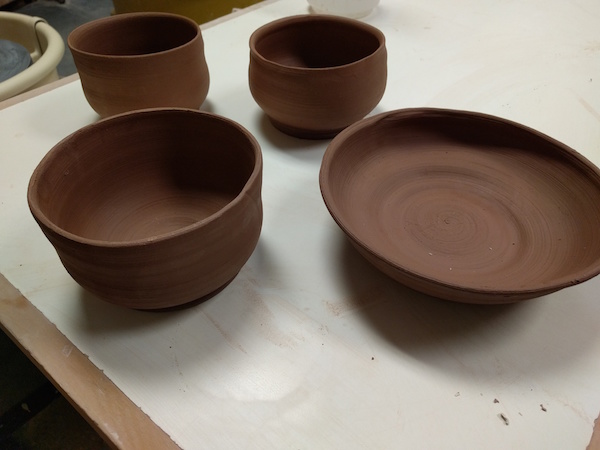 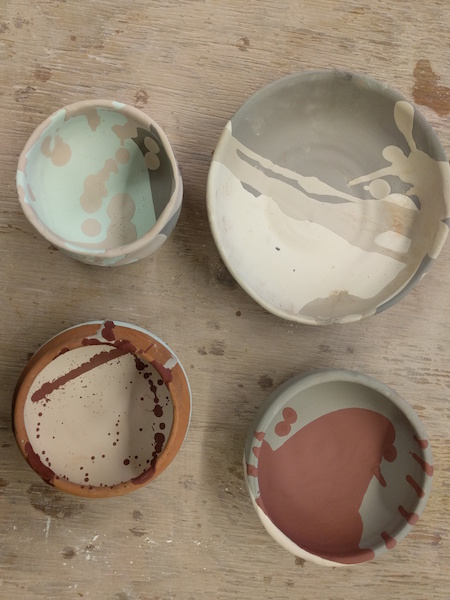 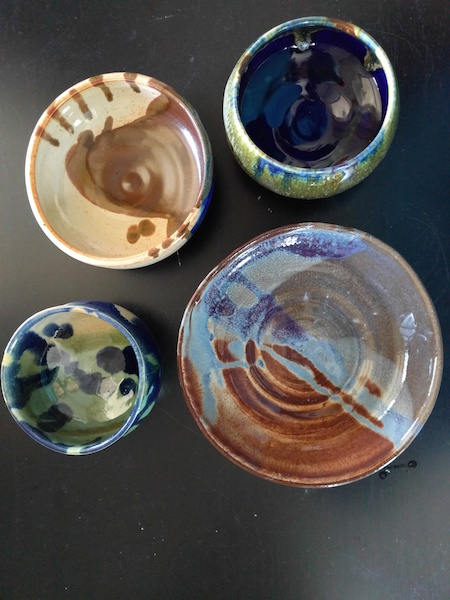 Bonus bowls from later in the semester: 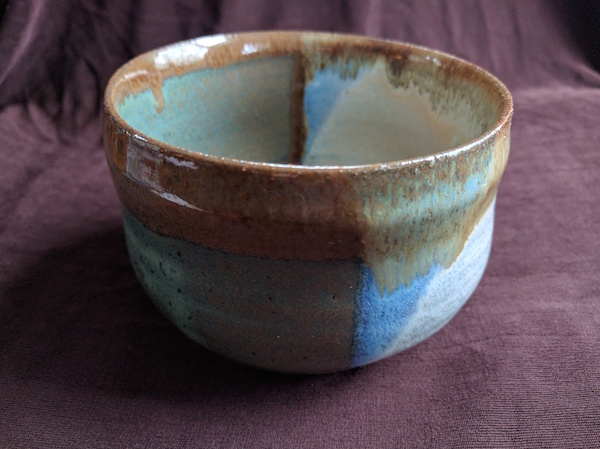 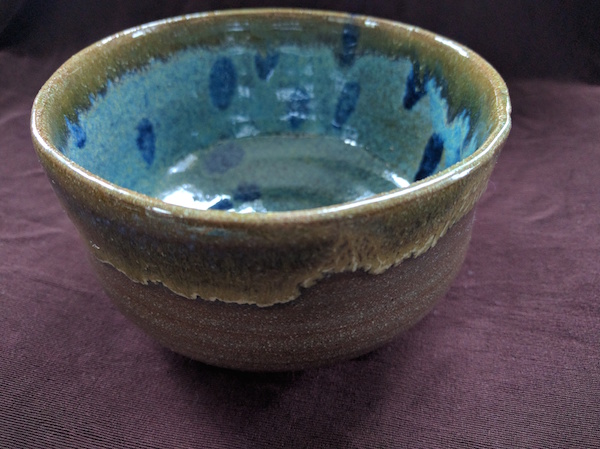 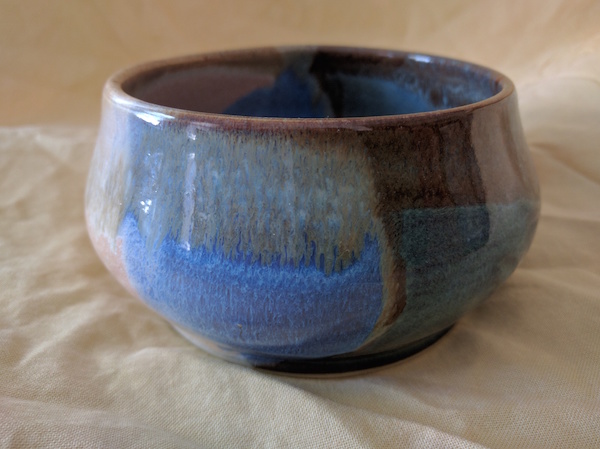 We also played with marbling two clay bodies together -- using both white and brown clay in the same form. Here are my two bowls with marbled clay after their bisque firing: 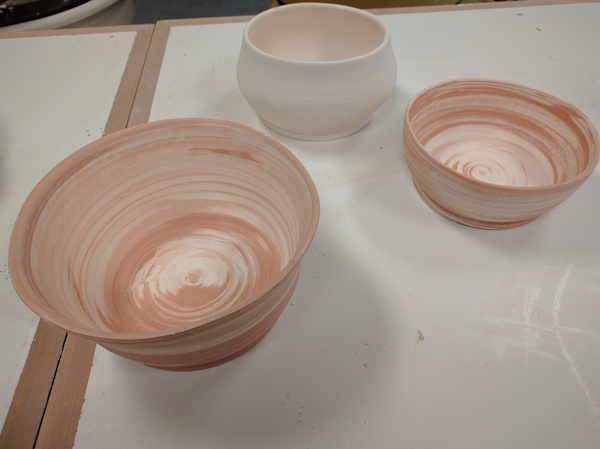 Same bowl, two views so you can see how the glaze patterns are asymmetrical: 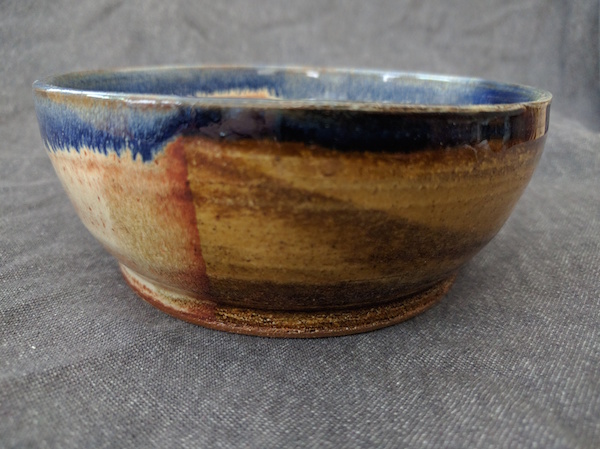 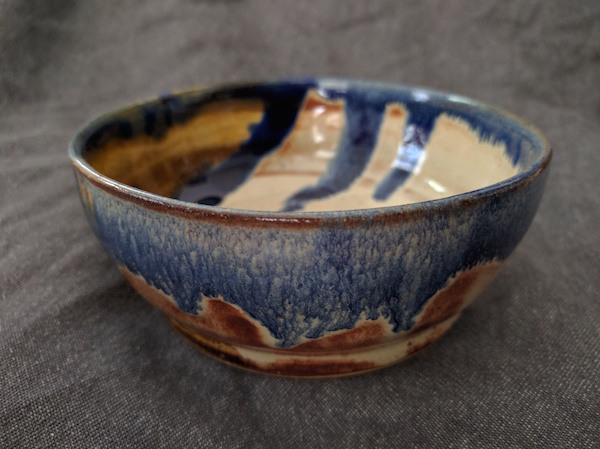 The other bowl, with a close up of the cool dripping glaze on the inside: 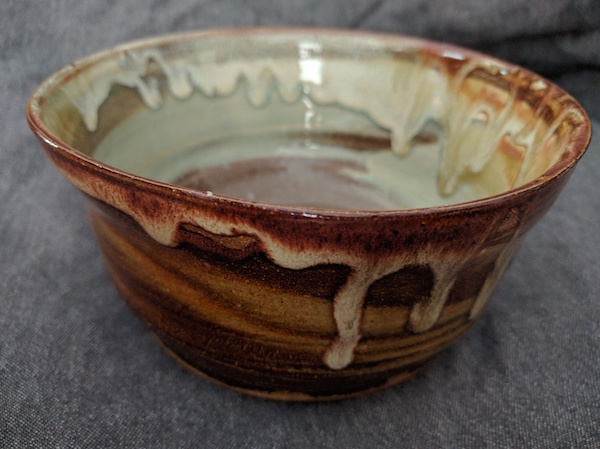 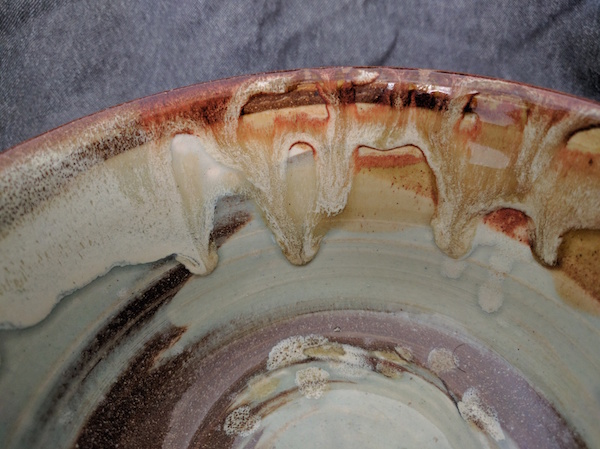